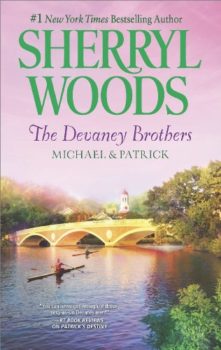 For years, Kelly Andrews has waited for her big brother’s best friend to notice her. As the physical therapist assigned to his recovery, she’s finally getting the chance. But navy SEAL Michael Devaney is broken in body and spirit, and all he sees is himself—as half a man. He’s sure he’ll never be enough for the beautiful and vibrant Kelly. Can Kelly convince him that he’s all the man she would ever need?

Devastated by the discovery of a terrible family secret, Patrick Devaney has shut out the world. But enchanting kindergarten teacher Alice Newberry sees the hurt in his eyes and is determined to help Patrick find peace. She knows it will take a lesson in love and forgiveness to coax the brooding fisherman out of hiding. Soon, Patrick begins to hope, but before he can truly claim Alice as his own, he has to face the greatest challenge of his life—his past.