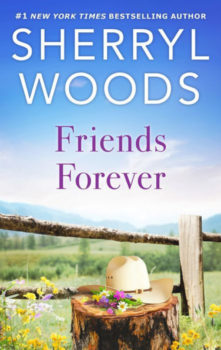 Five women…five dreams…a lifetime of friendship…revisit the beloved stories of the Calamity Janes by #1 New York Times bestseller Sherryl Woods with Friends Forever, originally published as Wrangling the Redhead in 2001!

Weary from her high-profile career, Lauren Winters had returned to Wyoming to reunite with her old friends, the Calamity Janes, and to start over — incognito — as a horse trainer. Rugged rancher Wade Owens was a refreshing change from Hollywood — he treated her like a real person. But the wrangler had made clear his distaste for the rich and powerful…would their stormy love endure the maelstrom when Lauren revealed her true identity?