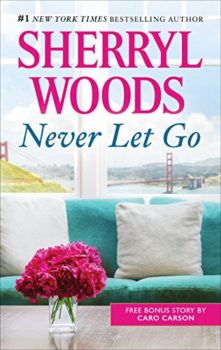 As a psychologist, Mallory Blake knew there were times when one had to let go. She also knew just how much it hurt. After her husband’s death, she’d packed up her belongings and moved to San Francisco, wishing it was as easy to box up her memories and seal away her regrets. But she had her patients at the hospital who helped her move forward, patients like six-year-old Davey. The broken little boy needed Mallory—not that his doctor agreed.

Mallory had heard the rumors about neurosurgeon Justin Whitmore. She had experienced firsthand his temper, his impossible standards and his undeniable charm. But beneath all of that, Mallory discovered Justin hid an old pain, one she wasn’t sure she could heal. And yet she couldn’t walk away from him. Because there were times when it was right to move on…and times when you took someone’s hand and never let go.